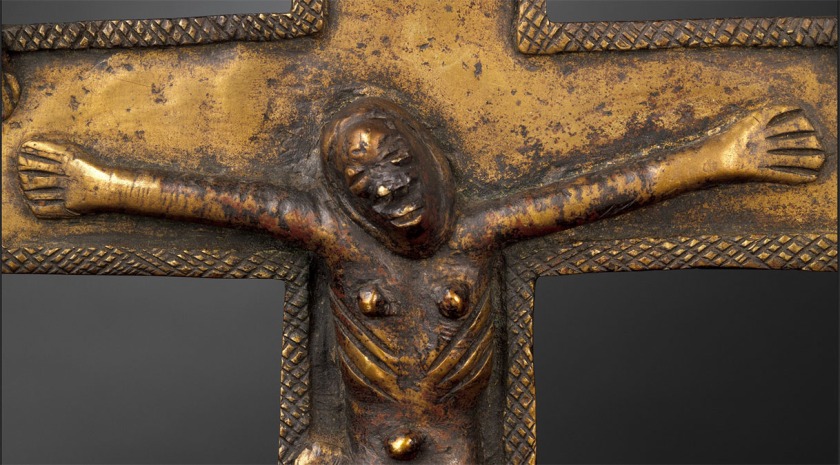 By Michèle S. and Jennifer B.

(Michele S.) It is not uncommon, in Jennifer’s experience, for African American friends to challenge her Christian faith with the words, “How can you believe in a religion that came from white slave holders—the same kind of people who owned your ancestors in this country?” It was that question that prompted us to take a little “detour” in our Racial Justice series to learn about the rich legacy of Ancient African Christianity. Furthermore, it is not unrelated to issues of Black Christianity in this country in light of the fact that some media sources report that some African Americans are turning to African Traditional Religion in reaction to the perceived un-African historical nature of Christianity. I’d like to underline that there is not a lot of reliable data on this phenomenon (that is, whether it is a trend on the rise or not) and demographic data seem to indicate a decline in traditional religionists in this country. In any case, the tragic irony of such a phenomenon demonstrates, in fact, the heavy influence of Western (therefore white) anti-Christian rationalism in which the Christian god has no place. I do NOT want to diminish the sometimes urgent desire to recover a sense of one’s historic roots. However, as Jennifer pointed out so well, our identity as Christians ultimately resides in Christ.

Those concerned with a contemporary African identity would do well to pay attention to what is happening in Africa NOW rather than embrace a nostalgic image of Africa too often the hallmark of contemporary anthropological studies. The reality is that Africans are turning to Christianity in larger and larger numbers: from 9.6 million (8.9%) Christians in 1900 in all of Africa to 667 million (49.3%) in 2020 and a projected 2.5 billion in 2050. Today, there are more Christians in Africa than any other continent. At the same time, the number of African Traditional Religionists has fallen from 57.9% in Africa in 1900 to 20.5% in 1970 and 7.9% in 2020 (data: World Christian Encyclopedia, 2020).

I could go on and on with the statistics. About how even the number of atheists and agnostics has fallen sharply on a global scale since mid-century. These religious demographics tell a story that contradicts western discourse about religion and, in particular, Christianity. And yet there continues to be the patronizing attitude that “the West knows best” in this area. Perhaps it is time to listen to wisdom from outside the West. And exercise a little intellectual humility.

Our documentaries—episodes from the Africa’s Great Civilizations series (available on Amazon Prime) narrated by Henry Louis Gates, Jr.—examined two important aspects of Christianity in Africa—its ancient indigenous roots and its amazing cultural adaptability. “The Cross and the Crescent” traced the roots of African Christianity not only to the early centuries of the Christian era but to the time when the Queen of Sheba or Saba—modern day Yemen—traveled to the court of Solomon. Saba at that time was part of Axum, the ancient empire of Ethiopia. In the fourth century of this era, according to tradition, two Syrian Christian boys, Frumentius and Aedesius, were taken slaves and sold to the royal court of Axum. Their Christian witness influenced the king’s son, Ezana, to become a Christian, changing the course of Ethiopian history. This eventually led to the creation of a powerful tradition—the Ethiopian Orthodox Church. There is not room enough to speak of the Nubian Christian tradition (modern day Sudan) that resisted the onslaught of Islam until the 14th century or the African origins of monasticism in the Egyptian desert. Suffice it to say, history shows that Christianity is unequivocally indigenous to Africa, and has been so from the beginning.

(Jennifer B.) In the excerpt of Africa’s Great Civilizations: The Atlantic Age, we learned about the birth of Christianity in West Africa. It began when the Portuguese arrived in the Kingdom of Kongo in the latter part of the 15th century and attempted to establish trade relations with the king. The Portuguese also desired to spread their religion among the indigenous people. Largely for strategic reasons, King Nzinga Nkuwu converted to Roman Catholicism.

Nzinga Nkuwu was succeeded by his son Afonso, who had become a devout Christian. He soon set about converting his subjects to Christianity. Afonso ensured that the faith was largely transmitted by local teachers, rather than European missionaries. He wanted the Christianity that developed in Kongo to have a distinctively African nature. The Kongolese took the religion of the Europeans and made it their own by incorporating African music, art, and spirituality.

Unfortunately, this time period also marked the birth of the trans-Atlantic slave trade. The preexisting slave trade in Kongo accelerated as the Portuguese developed a, seemingly, insatiable demand for cheap, labor in the Americas. It was jarring to listen to the commentators describe how the devout Christian Afonso willingly sold slaves to the Portuguese, because it made good business sense. The idea that anyone could view slave-trading as even remotely compatible with Christian beliefs is an affront to my modern sensibilities.

In the Americas, enslaved Africans attempted to preserve their own religious traditions. Often this came in the form of combining them with the Christianity introduced to them by Europeans.1Beginning in the 18th century in the United States, evangelical Christians sought to convert slaves to their faith.  As had the Kongolese before them, the American slaves approached European-style Christianity from a perspective heavily influenced by African traditions. They incorporated African worship patterns of enthusiastic clapping, dancing, and singing.2 They found hope and affirmation in the message of Christianity that transcended the racially motivated distortions of the religion by their enslavers. As Rev. Alonzo Johnson noted, “the slaves had this saying that there must be another Bible within that Bible.”3

Those who believe African American Christians have somehow been brainwashed into submission by White people are denying our agency. Since those days in antebellum America, the vast majority of Black Americans have looked to Christ as our Savior, liberator, and Lord, and have found our identity not in an earthly nation, but in a God who shows no partiality among nations. We recognize Christianity as a universal faith that can never belong to one race, ethnicity, or nationality.